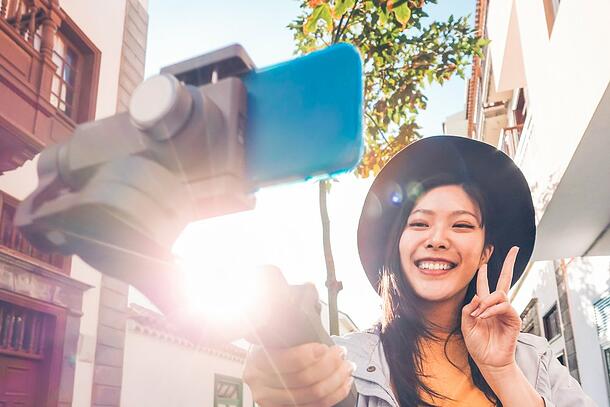 It might seem that when you have a new music video to share with fans, all there is to do is post it to YouTube and move on… but nothing could be further from the truth! We could talk for days about what you can do on social media to promote a clip that might have cost you a pretty penny to craft, but instead, I’d like to focus on what else you can do specifically on YouTube to get more out of your content and rack up views, all of which contribute to your bank account.

There are plenty of supporting videos you can share on your YouTube that will make sense as part of a larger campaign — it’s possible you just haven’t thought of them yet. Here are some ideas you may want to consider as you get ready to film your latest masterpiece.

First thing’s first—a teaser! This obviously precedes everything else, and you can have a lot of fun when it comes to rolling out teaser videos. This is your first introduction to your visual, so make sure it’s enticing, exciting, and that it makes people hungry for more.

These clips typically perform best on social media, so you may want to upload them directly to Instagram, Facebook and Twitter, as opposed to simply sharing the link to YouTube. That way, people will be able to watch the teasers right where they are. Making them go another step will deincentivize many, and they may not click through to a second site. Having said that, it never hurts to upload it to your YouTube page as well. Even if your teaser (or teasers) only accrue a few views on the Google-owned platform, it’s still worth making them available.

Also, make sure that by the time you release your teaser videos, the final product is almost ready. You don’t want to get your fanbase all excited for something, only to make them wait a long while for the complete project. They could easily lose interest or move on to other things while you’re still editing, so be sure you can hold to your plan by the time the teaser drops.

One teaser is great, but what’s even better than that? How about several teasers! If we’re talking about all social media, you can make your teasers more than just videos, uploading pictures as well… but since we’re looking solely at YouTube today, we’ll stick with short clips.

If you’re only going to rely on a single teaser, you can do pretty much whatever you want, but if you decide to post several, make sure you don’t make them too long. Don’t share three one-minute teaser videos, because… isn’t that essentially your entire song? These posts should only be a moment, and they shouldn’t give too much away.

If you opt to release a handful before the visual is available in full, you may want to consider having them connect to one another in some way. Maybe you select 30 seconds and split that up into 10-second segments, or perhaps you try and tell some sort of story, all in just a few instants.

A series of teasers allows you to get really creative, and while it may be more work, you will likely get more out of your content, including hyping people up for the final product and perhaps even accruing more views for the teasers themselves.

At some point, you’re going to need to release your actual music video, and you should make a big deal about it. You can only post it to YouTube once, but you can create an entire promotional campaign, including advertisements, on social media, all of which can point directly to your YouTube page.

Do everything you can to bump this final cut to the masses, including spending some money on the video hosting site itself.

It’s not always possible to create an extended cut of a music video, but if you can, go for it! These longer editions of your visuals work well for those that have storylines, ones which can continue long after your three-minute-long tune has wrapped.

If you’re an up-and-coming musician with a limited budget, make sure when you’re storyboarding your video that you don’t go overboard and spend too much simply to make a longer version of your treatment. Hopefully, your extended director’s cut should only involve a bit more time for you, your bandmates, the person behind the camera, and perhaps any fiends you’ve wrangled into the project. You probably won’t make much more cash from the additional YouTube views, so if it turns out to be a costly program, abandon it and think of something easier.

Whether it’s movies, TV shows, or even music videos, fans always love going behind the scenes and seeing what didn’t make it into the final edit, especially when there are funny or sweet moments that don’t necessarily have a lot to do with the story being told while the song plays.

Were there any bloopers caught during filming? On-set pranks? Flubbed lines? Anything and everything works for a behind-the-scenes look! Maybe keep a video diary of the day, like MTV used to do with Behind the Video.

The options here are endless, and you may even be able to upload several different options, keeping your content going for longer than it might on its own.

If you find the time and you and your bandmates have something to say, why not record a video of commentary? You can discuss the song, the concept of the video, filming it, editing it, and so on. This can be a few minutes in length, or perhaps you want to go all the way and make it half an hour or so.

Again, this is up to you and what you want to share. Superfans will dig it, and if you continue to point back to specific moments in the official video, you can encourage everyone watching to give the original another play or two.

Hugh McIntyre is a freelance pop music journalist in NYC by way of Boston. He has written for Billboard, The Hollywood Reporter, and MTV, as well as various magazines and blogs around the world. He is also the founder and editor-in-chief of the blog Pop! Bang! Boom! which is dedicated to the genre of pop in all of its glory.