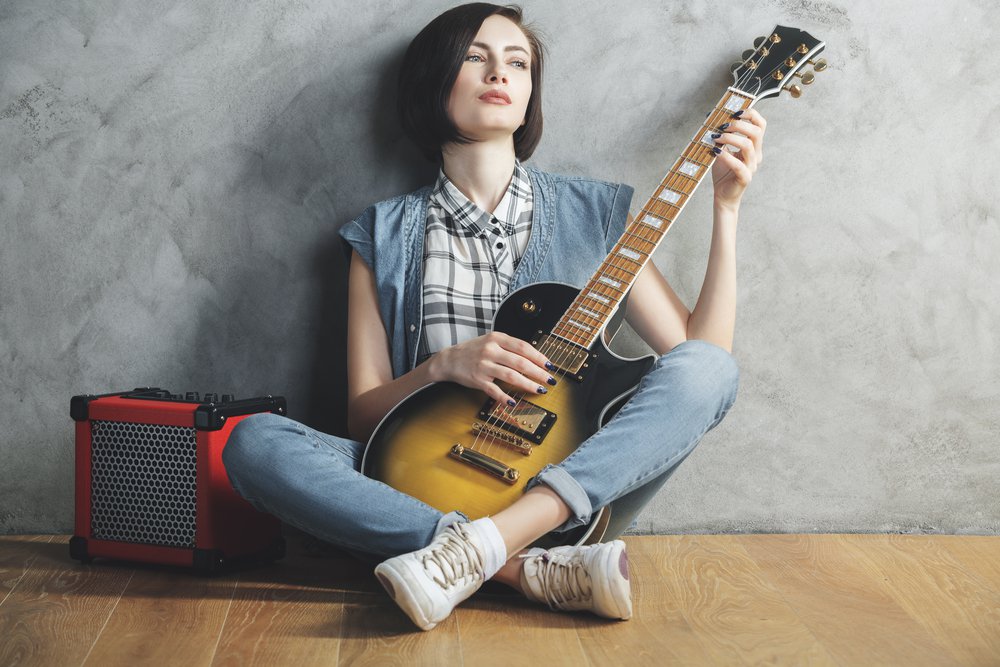 It may sometimes seem like everything connected to being a musician is expensive. Studio time, touring, merchandise, and even the instruments you need to make your art can clear out your bank account.

This is a sad truth about the music world, and there’s little anyone can do about it. While you can’t skimp on everything, there are certainly times when corners can be cut and a few dollars can be saved. Renting instruments, while not something often talked about, may be just what you need to keep your wallet safe… at least for a bit.

Here are four benefits that come with renting musical instruments, as well as a few options for finding places to get them.

1. It saves you money at the beginning of your career.

First and foremost, renting instruments can save you money, and that’s what every up-and-coming musician wants to hear. If you’re just starting out as an artist, you may not be interested in buying one instrument, let alone several. Even used items can cost a pretty penny, and that’s tough to cough up for many young people.

Renting an instrument allows someone to see if they really do have the discipline it takes to learn how to play something, or even if they really want to be a musician at all. If you’re already proficient in playing, you may feel comfortable enough to purchase something that can further your musical career… but for those just picking one up for the first time and taking lessons (or teaching themselves), renting may be the best option to start with.

2. It allows you to try new things.

If you’re just starting out in the music world, you may think that being a guitar player, for example, is the coolest thing ever. You might pick one up, get a few lessons in… and then quickly realize that’s not for you. Or maybe you’re a master of your craft and want to branch out on another instrument. You might be hesitant to purchase something else, and that’s a perfectly fair feeling. Instead, why not rent a few items and see what sticks?

Renting instruments allows you to figure out which ones were made for you. Try a piano (more likely a keyboard, but the idea is the same), a trumpet, or perhaps even a drum set if you can find room for it. Choosing to rent a musical instrument gives you the freedom to dabble in many different things before you settle on one. This is the best option for those who may have a sense of what they want… but who don’t know for sure.

3. It allows you to experiment with new sounds.

Perhaps you’ve settled on a sound and you’re already great at what you do, whether that’s the guitar, piano, or something else. If you already know how to play something, that’s fantastic, and you should work toward always being better. At the same time, you may find you’re interested in learning more, and while it may be easier to pick up a second instrument after already knowing how one works, that doesn’t mean you have the money to own everything you may like.

Once you are proficient with one instrument and you’re hard at work on what will be your first album, you’ll want to add others to fill things out, and with the ability to rent anything your heart desires, you can experiment with an array of sounds and styles. You may want to practice and play something new yourself, or perhaps rent an instrument for another musician who’s coming in for a session.

Try something weird! Go wild! You’re only spending a few dollars to rent these items, after all, so make sure you indulge your craziest fantasies when making an album.

4. You don’t need to worry about storage.

Storing a guitar or a DJ’s deck or a keyboard is fairly manageable, but once the instruments start adding up, things can quickly spiral out of control, and suddenly your house is full of musical accoutrements.

Instead of buying everything you want, why not own one or two special items and rent the rest? Those who are truly great at what they play can hear subtle differences when it comes to ages, brands, and so on, but that doesn’t mean everyone needs to actually own one of everything. If you don’t have the space, this is a great way to cut back on clutter.

A Few Places to Rent Instruments

Now, if I’ve convinced you to at least look into renting instruments, you need to know where to go. I can give you a few suggestions, but it also depends on where you live. First, I’d say you should do a few quick searches on Google, Yelp, and the like to see what stores are in your area. These are usually one-offs, and you’ll need to visit them and vet them on your own, or possibly hear what others have said about them.

There are a few options that will ship anywhere, so if you don’t find something you like in your neighborhood and you’re ready to try something out, you can look on any of these websites:

Next up: 5 Tips for Learning Any New Instrument

Hugh McIntyre is a freelance pop music journalist in NYC by way of Boston. He has written for Billboard, The Hollywood Reporter, and MTV, as well as various magazines and blogs around the world. He is also the founder and editor-in-chief of the blog Pop! Bang! Boom! which is dedicated to the genre of pop in all of its glory.