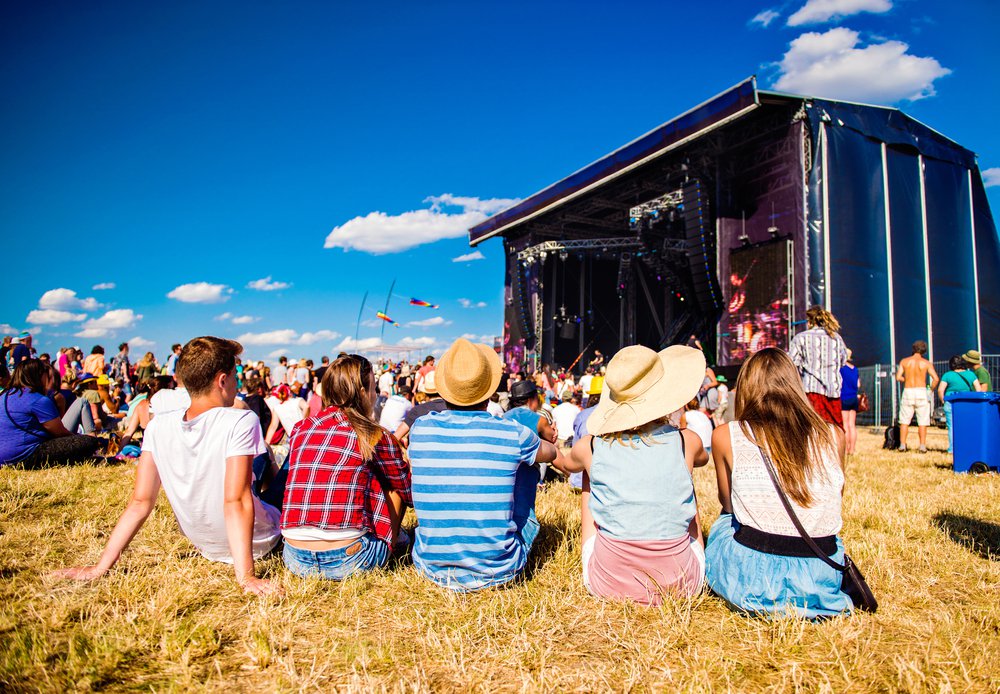 Is there anyone who doesn’t relish in the magic of summer? There’s something about the imagery of lavish pool parties, late nights, unforgettable moments, and a season that simultaneously feels like it could last forever and flies by. It’s pure magic.

It’s no wonder this is the season of touring, festivals, brand-new songs and albums, and breathtaking adventures. If you think about it, summer is pretty much built for anything and everything new and exciting.

So instead of holing up in the studio all summer or sitting on a bunch of great ideas, we’re challenging you to make this one to remember for your fans and to really go above and beyond over the next few months. We’ve compiled a few ideas—some a twist on old classics, others a little ambitious — to help you make this the best summer yet.

1. Put together a pool party tour

Wouldn’t a pool party house tour be amazing?! I’m already such a big fan of house shows for their simplicity, intimate feel, and the way they foster true connection between artists and fans, but imagine a house party that stopped exclusively at homes with pools (or rented out a city pool, where possible) where your band played poolside for a couple hours before joining in on the fun?! It would be amazing!

Even better if it were part of an intimate pre-show for select fans or a release show or even an exclusive perk for crowdfunding contributors.

(Bonus: creating merch to go along with the pool party tour. More on that later…)

There’s a reason summer is historically a really great time to release new music and I’m a firm believer that a huge part of it is that simply put, people are in a really good mood, and they want music that’s going to keep them feeling that way.

That’s not to say if you’re a more melancholy artist summer isn’t still a great time to release new music, but you can’t deny people tend to have a little more pep in their step in the warmer months, so no matter who you are or what genre your music is, summertime makes for a fantastic time to get in front of new fans and continue to nurture relationships with existing ones.

There is so much boring merch out there. This summer, why not mix things up and stand out with a new line of merch (or even just one or two new items) that will get your fans in the summer spirit and jump out instantly at the merch table?

I’m thinking things like: an inflatable beach ball, water balloons with your logo on it, custom water bottles or iced coffee cups with your name or logo and one of your most popular lyrics.

And hey, you can even bring them on your pool party house tour!

[The Musician’s Essential Guide to Merch: What to Get, How Much to Charge, and Where to Buy]

If you have a little extra time to plan, and an already strong local fan base, this one can be really fun, and impressive. Get together with other local artists and put together a local festival in your town or city. It doesn’t have to be anything super elaborate, but if you can do a weekend, or even a day of music featuring eight-10 bands each day, and have a few local companies, coffee shops, restaurants, or boutiques sponsor it or buy booths, it can be a really cool way to shake things up and get your fans out and interacting with not only you, but one another.

It’s also a fantastic way to get involved in the community and do something that goes way beyond just your band, and leaves your name (and your festival) on the lips of everyone who attended.

5. Give fans something to look forward to

When summer inevitably winds to an end, and we start to feel the cool fall air drift in, if you’re planning to wind down for the year, having something for fans to look forward to around the holidays or early next year will help fans transition to what will be a less active period.

This could be something like a Christmas single or Christmas show, an acoustic version of your last EP, a mini tour during the fall, or promising to give away a custom piece of merch every month until you reveal your next big project in (whatever month). The goal is to grab people’s attention and then keep it throughout the slower months by continually teasing that release through the things that already interest your fans.

Angela Mastrogiacomo is the founder and CEO of Muddy Paw PR, where her artists have seen placement on Alternative Press, Noisey, Substream, and more, as well as the Co-Founder and Director of Community and Events for Music Launch Co. She recently released a free training titled ‘Reaching a Wider Audience Without Spending A Dime.’ She loves baked goods, a good book, and hanging with her dog Sawyer.