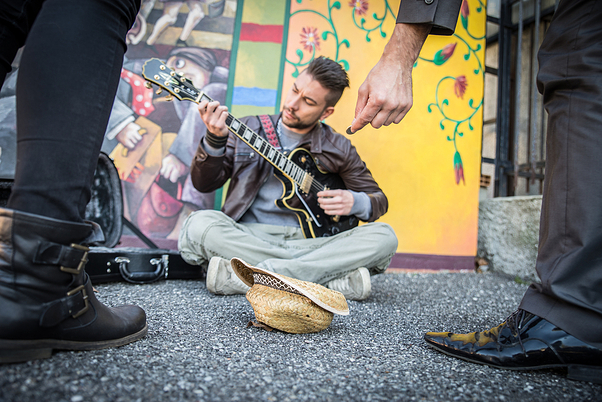 Back in the day, a hustling artist could peddle a mixtape out of their trunk at swap shows, or grind it out long enough for a major to sign them. Then came crowdfunding through sites such as GoFundMe and Kickstarter. A gift from the music Gods that put the power back in the artist’s hands. A platform that allows them to go straight to the source of their fame to collect funds for new projects. Or so it seemed.

However, the system hit a snag recently with PledgeMusic.

The direct-to-fan platform’s missed payments to artists put a giant question mark over the whole process. Billboard reports that the company had lately come up short on payments. This after claiming they made more than $100 million in artist payments over 50,000 projects since 2009. PledgeMusic began falling behind on payments in 2018. This left many artists unable to produce the promised product for fans, driving some into debt.

…half the time the funds just aren’t there. One recent analysis found that 63 percent of Kickstarter projects fail to reach their goal.

The meltdown has left many musicians wondering if they can rely on crowdfunding to get their projects off the ground. The perils of crowdfunding are almost as many as the benefits. To start, half the time the funds aren’t there. One recent analysis found that 63 percent of Kickstarter projects fail to reach their goal.

That failure comes from a variety of sources. Some of which could put an aspiring musician/songwriter in the hole before they even get started.

Raising money as a rising musician

Take, for instance, a grind-it-out songwriter plying their trade in Nashville. They’re hoping to land that one song that will get them in the mix and off their friend’s couch. How do they tap into funding when the art you produce might never see the light of day?

Hustling songwriters are a dime a dozen in Music City. But, without a built-in fanbase, no amount of crowdfunding efforts will get you into the mix.

For artists, try raising money to record an album when you’re only starting to build a loyal fanbase. You’re likely to find that very few are willing to reach into their pockets to help you out.

Some artists have crowdfunded to pay for things other than a finished product. Things like recording and marketing costs, music video budgets and other essentials. But, that option is less viable for a songwriter looking to pay their rent and living expenses between royalty checks.

How do you convince an arts patron to pay your daily bills if you don’t have anything to show them at the end of the day?

Most music crowdfunding goes toward a finished album. Backers get perks like signed merch or VIP meet-and-greets as compensation for believing in an artist’s vision. But, when your work is behind-the-scenes, the prospect of crowdfunding is daunting. Why? Because the other potential roadblock for non-performers is the basis of crowdfunding: the pre-sale.

Convincing fans to pre-buy your music is fine if they will eventually get a product. But, if the funding is going to your ideas or potential, there isn’t a tangible product backers can hold in their hands. Once you have the money, what do you offer them in exchange?

Crowdfunding as a working songwriter

Even if you are a working, successful songwriter, sometimes crowdfunding isn’t for you.

Unlike songwriters with little catalog to show their backers, Gilkyson has plenty of advice about the best ways to get a project off the ground. With, or without crowdfunding.

She’s spent years collecting email addresses at her merch table. She directly connects with her fans on Facebook to ramp up interest.

But, even she’s had some first-hand experience with the shortfalls of sites like PledgeMusic.

Gilkyson says they turned down her pitch to organize one an album campaign because she didn’t have enough Facebook fans. For the record, she has/had 11,000 friends/fans and more followers. This number is what she says PledgeMusic deemed “unworthy.” That was discouraging right out of the box. But, it’s not a surprising response for bean counters who have very particular metrics in mind.

Here is another issue to consider with crowdfunding. Ideas posted on Indiegogo or similar site are not protected from a copyright perspective. So, it’s possible someone could jack your idea before you’ve had a chance to bring it to market. Plus, the government sees crowdfunding efforts as akin to a small business. Meaning, you ignore the potential tax implications at your own peril.

So, how do you fund your next project without going the crowdfunding route? You can start by building a fan base of your own. That could be creating YouTube performance clips in which you play your songs. Or, you can promote the ones you’ve sold to bigger name artists. You can also consider performing sets in fans’ homes or recording specialized tracks for them if you’re willing to stretch your creative legs a bit. The option to barter working in a studio for some recording time is something some musician do as well.

Using your back catalog to raise money is an option a lot of creative entrepreneurs are taking. If you’ve gotten some placements, but have bigger plans for the future, this is a good idea. And, Royalty Exchange has made it easy to tie into their investor network and raise money. Read more about how to do that.

There’s also plenty of ways that you can hustle up some funds. But, if you’re determined to see what funds you can raise via crowdfunding be prepared to jump through some hoops.

Find out more about crowdfunding:

We use cookies to ensure that we give you the best experience on our website. If you continue to use this site we will assume that you are happy with it.OKNo